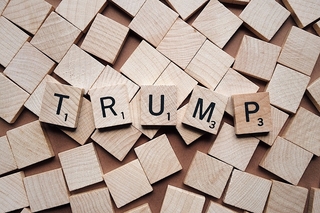 Phase out ordered by Trump, Congress negotiations, the Government Shutdown and now the Courts take over the fight. Certainly, the last few months have been a roller coaster for the Dreamers and DACA eligible immigrants.
In January, a court first ruled that DACA eligible immigrants could still apply to renew their status even if it has expired after Trump cancelled it. Then, another court ruled that ALL eligible DACA immigrants could apply to renew or apply as first time applicants. However, this case has not been decided in appeal yet. Then, the United States Supreme Court the last week of February decided not take the DACA cases for review, which meant that the federal courts decisions maintaining DACA alive are the applicable law and Trump must follow it whether he likes it or not.
Specifically, on January 9, 2018, a federal judge in San Francisco, William Alsup, ruled in favor of the University of California and its president, former Homeland Security secretary Janet Napolitano. They sued to keep the program going after the Trump administration said in September that it would end it within six months. Alsup said Attorney General Jeff Sessions had wrongly concluded that DACA was put in place without proper legal authority. Trump’s Justice Department immediately said it would contest that ruling before the 9th Circuit Court of Appeals in California. But government lawyers also asked the Supreme Court to take the highly unusual step of agreeing to hear the case, bypassing the appeals court.

The United States Supreme Court declined to bypass the appeals courts in order to take up a DACA case. The Supreme Court’s decision keeps in place lower court decisions that allow current DACA recipients to continue to apply for status renewals. Significantly, it may well mean that a final decision on the case will extend past next November’s midterm elections, meaning that if this Congress does not take long overdue action on the Dream Act, the next Congress will. While the Supreme Court’s denial gives Dreamers a breath of relief while the case works its way through lower courts, Congress must still act immediately to pass the Dream Act.

Under lower court orders that remain in effect, the Department of Homeland Security must continue to accept applications from the roughly 700,000 young people who are currently enrolled in the program. The Supreme Court now leaves the DACA challenge pending, expected to be taken up by the 2nd and 9th Circuit courts.

The lower court’s decision does not allow Dreamers to apply for DACA if they have never before applied for the initiative, including Dreamers who are aging into eligibility, couldn’t afford the filing fees, or are newly eligible for the initiative. These Dreamers remain at risk of deportation, as do the DACA recipients whose protections have expired while they wait for USCIS to process their renewal applications.