The shutdown, Trump’s proposal, now what? 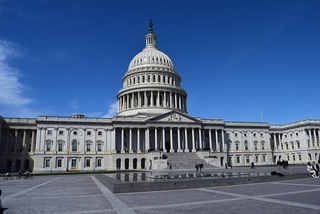 We all know that the federal government shut down for 3 days last month. Now, this month the government is in risk of shutting down again. DACA, the Dreamers, immigrants, were at the heart of the shutdown. They will be again.
In response to the shutdown, the President Trump presented (finally) his immigration plan. He supports a 10- to 12-year path to citizenship for not just the roughly 700,000 enrolled in the expiring DACA program but for other “DACA-eligible illegal immigrants” who are in the U.S. illegally and were brought to the country as children. The White House estimates that could cover up to 1.8 million people.

In exchange, the White House wants an immigration measure to include $25 billion for a border wall. However, based on the language of the proposal for the wall, it does not seem it is the coast-to-coast physical structure on the Southern border that Trump promised at campaign rallies, but , it “takes a combination of physical infrastructure, technology, personnel, and resources.”

Trump also wants changes to the legal immigration system, including policies that prioritize family members “to spouses and minor children only.” Finally, Trump wants to completely eliminate the visa lottery system, which the memo says “is riddled with fraud and abuse and does not serve the national interest.”

Immigrants and civil rights groups are shocked with this proposal. First of all, the DACA and Dreamers deserve a clean Dream Act not tied to any border enforcement or to be hostage in exchange of the elimination of family based immigration.

Starting with the wall and border security, all the experts agree (Except for Trump and his right wing allies) that expanding the border wall makes no sense, will harm the environment, and is counter to the desires of actual border communities. The Department of Homeland Security (DHS) has met and exceeded all previous “benchmarks for border security” proposed in bipartisan draft immigration legislation. According to DHS’s own reporting, it is more difficult to cross the southern border without authorization today than it has ever been before, with undocumented entries at their lowest since the early 1970s. Since DHS’s inception in 2003, its Customs and Border Protection (CBP) budget has more than doubled and its Immigration and Customs Enforcement (ICE) spending has grown 85%. The number of agents has ballooned. CBP and ICE’s budget is already 24% larger than the Federal Bureau of Investigation; Drug Enforcement Administration; Bureau of Alcohol, Tobacco, Firearms and Explosives; Secret Service; and U.S. Marshals combined.

It is proven that Family-based immigration leads to successful, strong American families. Adult children, brothers, and sisters, help run small businesses, help each other as they integrate into America, and support each other’s child care needs. One reason our family-based immigration system has been so successful is that extended family members in the U.S. to help immigrants settle, find jobs and housing and integrate and become successful Americans. Under the so-called merit-based plan, many of us would not be here today, except African Americans and Native Americans, our ancestors came to the U.S. with little money, struggling for a better life.

These realities lead us to one conclusion: Trump’s proposal must be rejected by Congress and the Senate and a new deal MUST be reached; otherwise, the federal government will shut down again on February 8, 2018.